Showing posts from February, 2019
Show all

Surfing On A Dinosaur 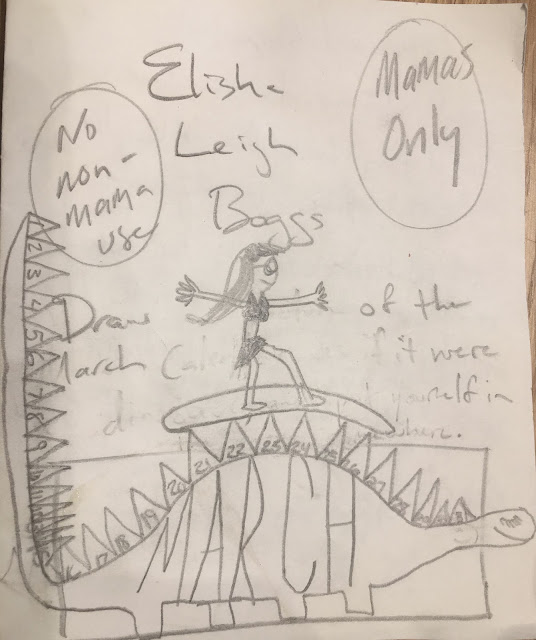 The days have seemed long and wrong. Even though I live in Florida, and I’ve been barefoot most of the month, everything is blooming and I’ve even watched my kids swim in the pool a time or two, I’ve had the winter blues. Deep winter blues. I might as well live in Siberia — in a yurt.  The days seem to drag on endlessly with nothing real marking the coming and going and doing. My glass has been totally half empty. The grass on my side looks really really brown. And the crazy thing is, we literally have the greenest grass around because George plants winter rye and it grows vibrantly green right through the dullest days.  I reported to George my deep discouragement. Most of it falls on my feelings of never measuring up - for not having firework homeschool days and children inspired to a cheerful “yes ma’am!” and “I’ll be right there!”  Instead, it has felt like very boring, dull, non thoughtful, day after day days of kids droning through their lessons and more “It
Post a Comment
Read more 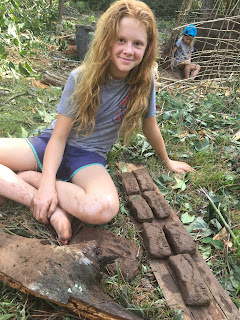 Amelia’s name means “to make right”. She lives into her name more than anyone I’ve ever met. She wakes up each day with an agenda to create and do and learn and live fully. She doesn’t want to waste a thing. She sees life as an absolute treasure. If she is sitting still, there is something in her hands which she is weaving (even banana peels), folding, carving, painting, twisting, or turning into something beautiful. She hears and sees and feels the presence of birds all around her. If she could, she would incubate and hatch one of every bird egg she ever found and raise a flock of all birds that exist. She has been drawing and painting birds since she could hold a pencil and brush. She continues to paint beautiful birds. She takes clay, leaves, bark, roots, ash, flower petals, mushrooms, or coffee grounds and figures out how to make rich colorful dyes. She dyes yarn and material and wool and keeps a detailed record of her colors and combinations.                    Sh
Post a Comment
Read more 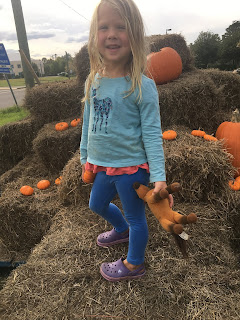 Hannah. She is four. You don’t have to ask her. She will tell you. We didn’t know that she had in her mind that turning four was going to change her world. To her, turning four meant that she could do about anything. She rides her bike without training wheels — all the time! She collects eggs. She wants to read and write and count. She watches my mouth to learn songs and asks me to sing them over and over. She feels like she is growing everyday and measures her growth to our belly buttons and is sure she is nearly as tall as we are. She asks every child how old they are and then tells them in great detail that she is four.  She is very caring of creatures and babies. She has quite a collection of stuffed animals that she is feedings, putting to bed, carrying in bags, teaching, singing, talking, walking. They are always with her.  She loves food. She talks about it. She eats often and happily. She wants to bake and cook and be very present in the kitchen.  Hannah’s
Post a Comment
Read more 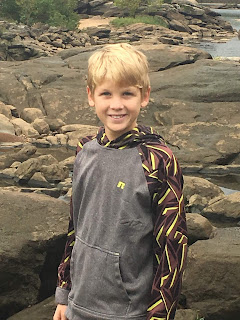 George Wilder. Eleven already. He is a five speed sports car. He can hang in neutral and just purr, huddled wherever he finds a spot and get lost in a book. He doesn’t hear a word around him. He sucks down every word quickly and quietly before he is off in fifth gear figuring out how to ride a unicycle, juggle, work a puzzle, or try something new. Or, if you need him steady on a job, he sticks to third and putters through. When it is hard, he puts it in second, until he has it right then, he throws it straight into high gear and is off! Yet, when he needs to put on nice clothes, speak clearly, and walk with anyone between the ages of 1-100, he finds fourth and hums along making whoever, whenever feel special.  After a unicycle appeared at our house on Christmas Day, he spent hours perfecting his ability to zip up and down the driveway. He was covered in bruises from his endeavors but this didn’t slow him down.  He also decided that he wanted to learn how to play Carol Of Th
Post a Comment
Read more 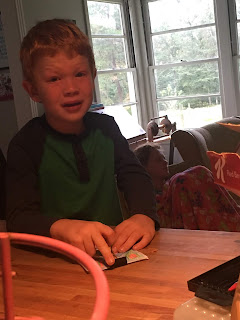 William. Seven this year. He is rhythm and blues. Give that boy a beat and he is dancing. Keep the day moving and he is bopping along. Have an adventure and he is present and ready and steady. Important jobs that involve tools, working hard, working the tractor with daddy,  cooking scrambled eggs and even washing the dishes - he is on it and rocking.  He loves hard and lives aware of the awesomeness around him, especially if it involves his brothers and sisters. He is fiercely loyal and full of energy. In one hand he holds his dear stuffed animals with tender kindness, while in the other, he has a bag full of empty bullet shells from trips to the shooting range with his dad. He is ranger, soldier, hunter, and protector. He is cuddly, gentle, and feels all the feelings. On Veterans Day, George read the kids a poem about a soldier that lost his legs in WWI. William was listening to his daddy sing the song and I watched his face move to deep sorrow until tears were running down h
Post a Comment
Read more
More posts