October 16, 2018
When my dear friend Abby asked if she could visit our home school day, I was glad to have her come and join us with her two boys Durham and Auggie. I knew, however, even though I had no idea what it would be, we were going to have a wild ride of a home school day.

They arrived and I settled in with the six and under crowd baking banana bread, reading fables and creating our own (or just a story with an animal...), while the older ones settled in to do a bit of painting with Abby. We had a serious groove going. Both dads, George and Micah, were working from the house as well, so we had some thoughtful and creative stations happening all over the house. 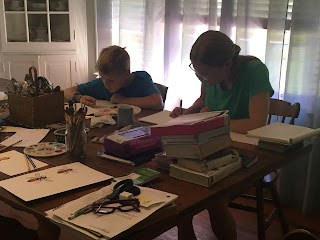 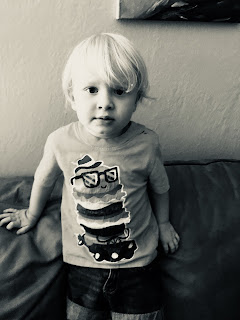 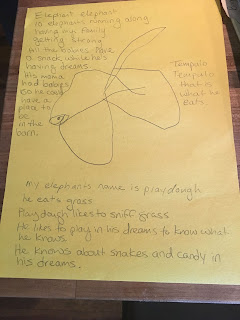 Within an hour of grooving along, George asked, “Elisha, can you make a pot of coffee?” He sort of explained, “Rob is on his way with Monica Martinez, the sculpture and the bug lady…”

I wasn’t exactly sure what this meant, but I cleaned out the French press and started the kettle to boil while the smell of baking banana bread filled the house. It was feeling straight up home school-y.

Our friend Rob arrived with Monica. They spent a bit of time touring the farm, watching the bees, petting the cows, marveling at our giant pig JP, and chatting about the land. The heat sped up the tour and everyone piled into the house.

The only available station left was where the kitchen meets the hallway. I set up coffee and warm banana bread while people gathered stools around and learned about Monica —the sculpture and bug lady.

As an artist with an interest in edible bugs, Monica began to create structural designs to house her meal worms. Her artistic talents merged with her passion with such intensity that she drew the attention of the New York Times and other news outlets in the San Francisco area where she lives and works.

She shares her story with such enthusiasm, even her absolute failures, like the time 10,000 crickets died and they had to compost them and start over.

But her joy for life and her work have kept her focused and determined. She emphasizes that over 80 percent of the world already eat bugs and that, although here in the states, people might not love the idea of eating bugs, they can learn to love to eat them. Monica sees bugs as the protein of the future -  a planet friendly protein snack.  And she has done just that. She has created several delicious varieties of edible bug treats — Don Bugito. They are sold in stores on both the east and west coast and you can also order them online at www.donbugito.com. 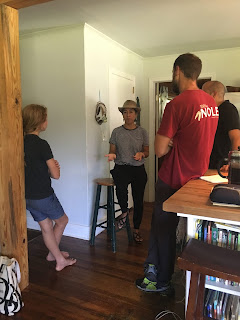 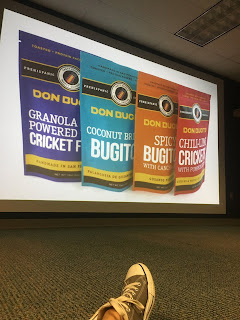 Meanwhile, while we stood there chatting, our new John Deere tractor was delivered. While everyone went out to check out the tractor we have needed for too long, I quickly looked in my pantry and refrigerator to see what we might all eat for lunch. I threw a bunch of potatoes in the oven, grated some cheese, found some salsa and pesto— and we always have bacon! 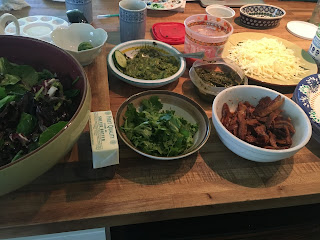 All twelve of us found places to park for lunch in and around and among art projects, books, toys, and piled high dishes. We ate baked potatoes stuffed with the deliciousness and talked into the afternoon. It was a complete delight. A wild adventure. One I could never make on my own.I feel like the Magic School Bus Lady without the crazy outfits and without a plan. Come to my house! Who knows what we will do, but it will be an adventure! 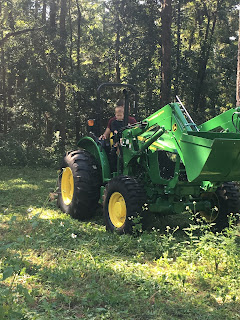 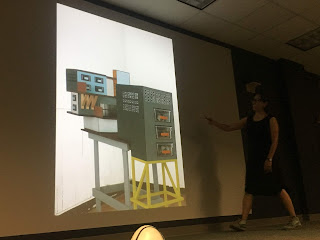 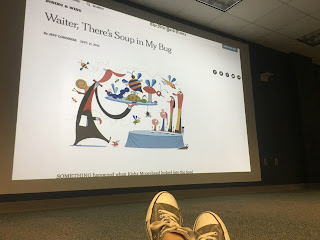 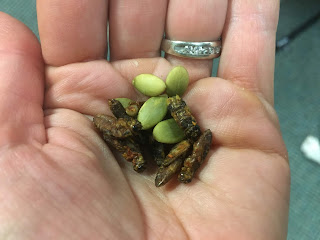 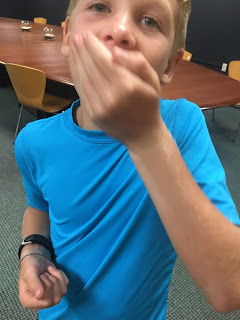 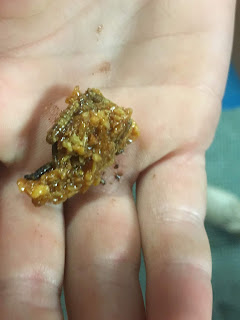 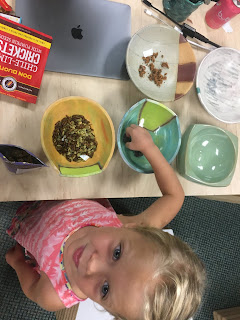 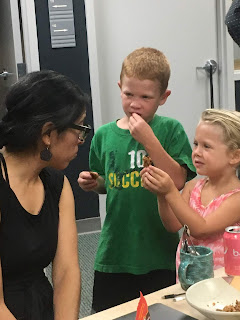 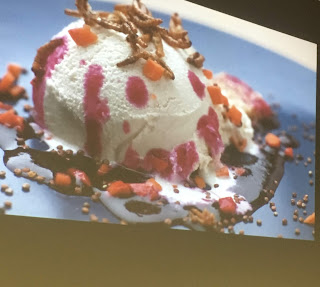