We were just on the road - On The Road-John Denver.

We are ramblers. We even kept a Vanagon way too long so that Amelia and George Wilder could pretend travel . It didn’t even run well enough to make a trip across town, so eventually we towed it to a garage where it waited more years. We thought we would put the work into it to put her back on the road, and ride her back west like we had done — over and over. 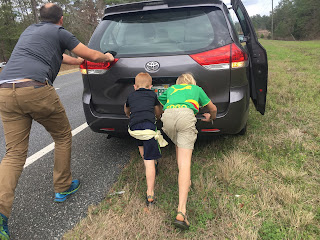 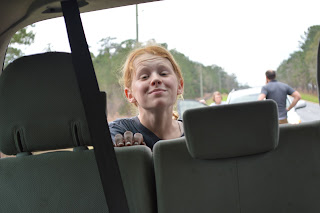 When we let go of the van, it felt a little bit like letting go of the traveling dream. We still traveled all the time, but it was always a familiar north and south route and to family and in the Subaru. The Subaru was our constant companion and friend. Cars, in our family, are family.  But then we didn’t fit. It was cramped driving across town, and travel was straight up uncomfortable with three kiddos sardined into the back seat and a dog and luggage stacked in the back. 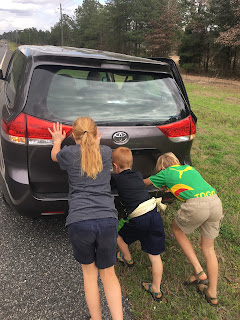 Finally, the moment of truth arrived. We needed a bigger vehicle. We were on a camping trip with some friends. We met them in the Subaru. They had a minivan. As our stuff fell out, off and around the Subaru and as I stuffed it back in and clambered about, I spied their van's space and grace. I drove it from one side of the campsite to the other and the following weekend, I went straight to the Toyota Dealership.

It felt a little weird driving our Toyota Sienna van. It was extremely clean and very new. We put the first miles on it. I was afraid to drive it because every mile would wear it in. Every time a child got in it would be sandier and dirtier. In seven years, my kids had never thrown up in a vehicle. I knew that was over. And it was. 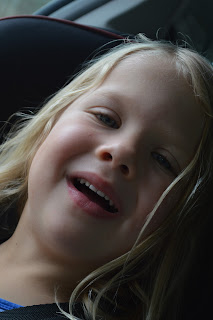 We drove it carefully for a few years. Eventually, we worked on the wear and tear at a speedy pace. We streaked the back with chlorine bleach stains, we got sick, we spilled lemonade (maybe even worse than milk), we did sand and red clay and greasy french fries and added a fourth child. Car seats, motorcycles (yes, for real), strollers, bicycles on the back and the in the middle. Dogs. Loads from Lowe’s. Feed for the pigs. Gasoline for the tractor. Splashes of all natures. Water spills. Water stains. Rips in the seat - from a motorcycle of course.

Finally, we pointed it west. It was time to ramble. We went to Colorado and within months decided to go again and then on to the far western corner of the country, Washington. We went all over. We did south to north and north to south like professionals. The kids always up for another adventure.

On our last trip out west, we listened to John Denver's songs of the west -  "O Montana Give This Child A Home," as we drove with the "wild Montana sky" over our heads.  We heard "Growing Up A Kansas Farm Boy." as we passed through. And we all had "a Rocky Mountain High." Among his songs, we discovered, On The Road. He sings the story of a family reaching 100,000 miles in their family car. As it turns over the sixth digit, the family pushes the car a mile as an offer of gratitude and service to the car that had shown them this great country.

A few months after our 8,000 mile family adventure,  we neared 100,000 miles. For several weeks, dinner conversations and trips across town slowly moved towards discussing what we were going to do when five zeros were showing. We drove the van carefully the week leading up to our sixth digit. The kids kept close tabs on the added miles. Saturday morning, we packed a lunch to share with friends at a lovely bird sanctuary twenty miles away.  We loaded up in the van and headed down the road. With fourteen miles to go, we were ready.

And on Thomasville Highway, the main artery from Florida to Georgia, the van reached 100,000 miles. I wasn’t sure if we really had it in us right then, right there. I thought we might look for the next quiet dirt road, but George was driving. It was on. We pulled to the side of the road. I moved to the driver’s seat to steer, Amelia, George Wilder, William, and George headed to the back of the van to push. And push they did. There were ant hills all over and hills to push up and hills to run down. There were cars whizzing by north and south. 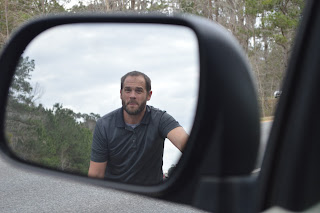 Seven times people stopped to help us because, of course, they were under the impression that our van wasn’t working properly. Contrary! Seven times we smiled and cheered and said we were celebrating and didn’t need help and waved them on mainly so that they would move out of our way as to not interrupt our pace. The last man to stop couldn’t stop laughing. When he turned to sprint back to his car to get out of our way, his body jiggling with laughter as he waved us onward.

George sang out, children giggled and pushed some more. It was getting quite warm and the hills seemed higher and longer, so they loaded up. I was sure we were done, but they all were sure that we were going to push the car across the border from Florida into Georgia and one entire mile. And we did.