Exhaustion hit in the early a.m. in Montana. We found a spot to camp in a road side camping area, but they had showers. 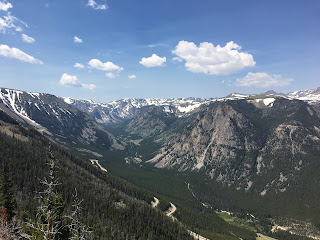 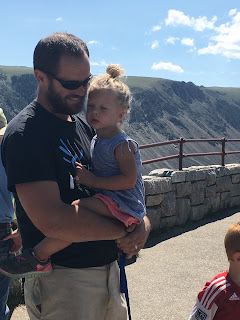 Clean and rested, we set out for Beartooth Pass. The Beartooth Highway is part of U.S. Route 212 in Montana and Wyoming between Red Lodge and the Northeast entrance of Yellowstone. It has been called “the most beautiful drive in America.”  Agreed. Also slightly intense with narrow roads hanging onto the mountain and winding round and round and showing us one breath taking view after another. If you ever have a chance, take this road. Make sure that you have ample time and don’t go unless it is between May and October because the volumes of snow that fall there each year keep it closed most of the time. 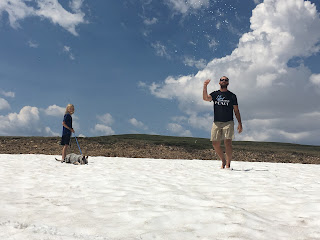 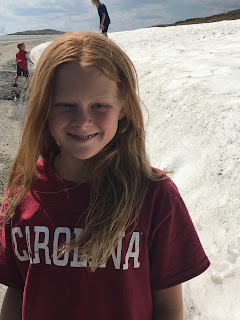 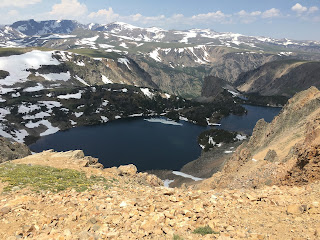 We had a glorious morning soaking in view after view. The boys used a rubbermaid lid as a makeshift sled after discovering sledding was in fact possible and hunted hills that were steep enough for a ride; yet not too treacherous. There were snowballs flying and kids sliding and the basic snow squeals from delighted barefoot Floridians. We ate a lovely lunch by a pond with snow still melting away from the surface. It was cold and refreshing and we were not in the van. 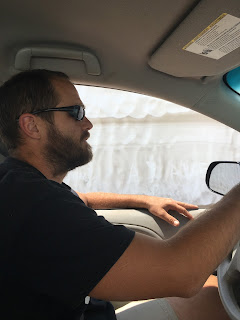 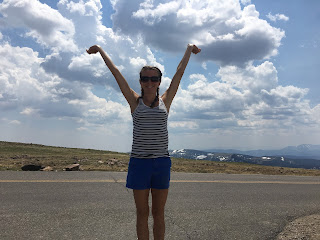 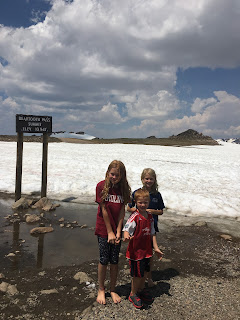 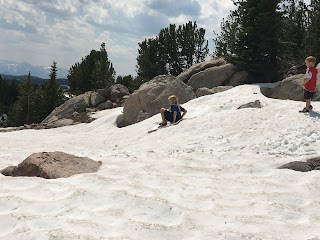 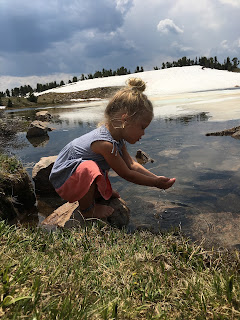 When the trip started, I knew we were taking a grotesque size bite of the United States, and I knew that we had talked about some of these drives, but I didn’t piece together that one would lead directly into the other for several days straight. I don’t like sitting. If I could have run these roads, I would have. If I could have biked them on a unicycle with a 50lb weight in a sack on my back, I would have rather done that. I would have rather paddled the rushing rivers or climbed the sides of the mountains. At this point I was dreaming of drudging through the west with Louis and Clark.

We entered Yellowstone and I sat perfectly still staring out the window wishing that all the tourists would find another place to be so we could speed out the western entrance and be on our way. Not so on a day when the baby bears were showcasing and the elk were cooling in a stream and the buffalo were being buffalo to the left and the right and up and down and all over. 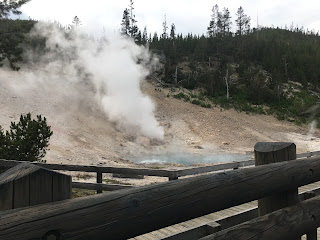 And finally we were out. I managed to take one photo to prove we made the loop. But, what I didn’t know was that there were miles and miles and miles between the exit and the next city. We needed dinner and we needed a place to stay and there wasn’t a place for dinner and there wasn’t a place to stay. We finally found a little spot to eat while they closed for the night. With full bellies, we left sure that on July 5th, everyone was home and no one was camping, but everyone was still camping this week that they took off in Montana. Finally, we stopped somewhere. This was the somewhere night. The mosquito night. The, “Can it be over?” night. And the entire time the kids were having a blast. They continually found adventure and silly games and fun stories and songs. I was DONE!

We woke up and packed up to escape mosquito land and ate breakfast on the Great Divide next to a semi truck loaded with his chicken cargo. Coffee and a bacon, egg, and toast breakfast gave us a new lease on driving, so we hopped back in the van and kept moving west. 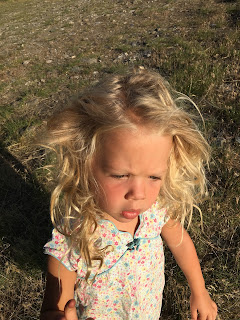