August 26, 2017
Six weeks to plan a journey is, for George and I, seriously advanced planning. We were sure that if we took an epic trip, we should plan ahead, and six weeks seemed good enough. We have wanted to take the family to Washington State to see where we lived and meet our dear friends, and we decided that driving would be more adventurous and little less expensive. We had the time, so be charted our course. We even took notes, made a few phone calls, send a few emails, and made some rough calculations on cost.

We've wanted to get into adventure mode with our kids. They roll that way so easily and we’ve dreamed of it for too long not to make it happen.

If George and I plan something, it never works. You can ask my family. If I put it on a calendar, it probably won’t happen. If I don’t, it will and it will be big.

So we were somewhere in the in between, but definitely on the side of “Where will this road take us?”

So, we packed up our camping gear, a cooler, and some clothes, set the animals up in good hands, and said “goodbye” to hot humid Tallahassee.

And that is what led to the pre-trip. I stayed at home for three days, while George headed north with four kids and a dog. I painted and cleaned and did stuff you can’t easily do with four kids.

At the farm, the kids and George rode their new motorbikes up and down and all around the hills and played in the rain and ate blueberry things and headed to the North Georgia mountains to visit with our sweet friend Ben, enjoy the cool, and hike some hills. 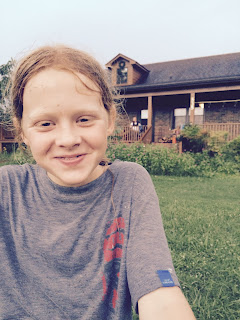 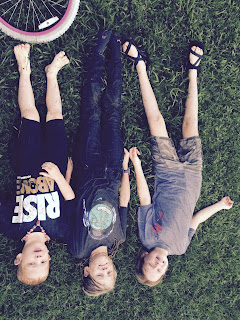 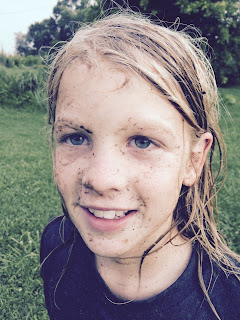 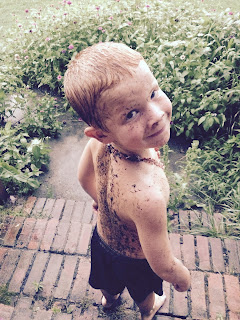 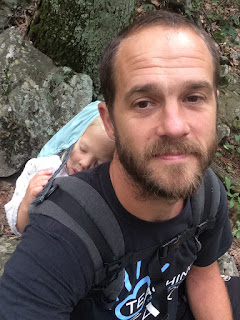 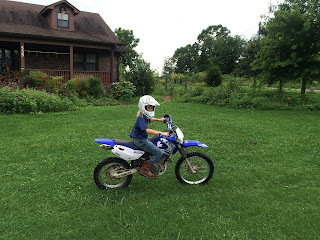 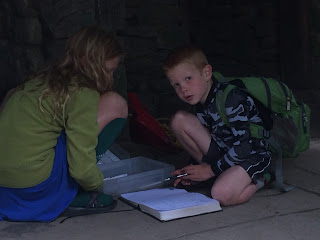 I met up with the crew in Suches, Georgia. We headed down the mountain after a slow cool morning breakfast and coffee to help out friends with a house project. Before the day was over, lots of Indian village play had been accomplished, and William had seven stitches in the bottom of his foot.

I’m so very thankful for modern medicine and doctors and antibiotics. It wasn’t in the plan. It would hamper William’s adventuring, but he healed quickly and kept a great attitude even thought he had to miss out on Grandparent Camp.

Grandparent Camp at Lot 9. Before we left Amelia and George Wilder with cousins and Ema and Abuelo, we had an intense encounter with a snake. 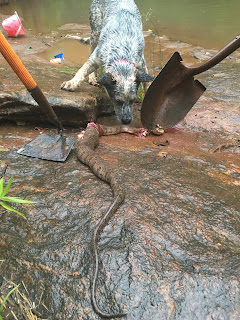 As I sat watching kids play in the river, rain began to pitter patter on the rocks. Our dog, Ocala, relentlessly barked at the rock where I was perched. After several attempts to quite the canine, I decided to look under the rock. There, beneath me, was the wide band of a snake. 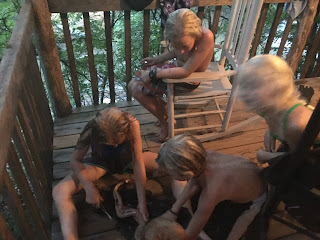 I’m not a snake expert, but I knew it was venomous. Abuelo and George immediately took action. With shovel and hoe, they made sure we would never experience an encounter with that snake again. Right away, Amelia took over dissecting and skinning the cotton mouth that had just been lurking beneath the rock minutes before. Ocala earned some serious dog points and a spot at grandparent camp. 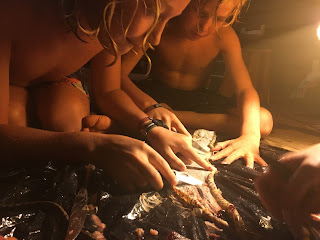 George and I loaded up the younger two and headed north for pre-trip number two. Our route took us near my niece, Emmie’s, summer work in the North Carolina mountains. We swooped through for a quick visit and hug before heading to Linville Falls. With kids on backs and a time schedule, we raced to the top of the trail, looked at the falls, and raced back to the car before the rain came and the time ran out.

And just in time, we arrived in Bristol, VA at the dear home of Craig and Karen McDonald. Dr. McDonald was not only our most cherished professor, he and his wife became counselors, encouragers, dreamers, and thinkers with us. Craig was in our wedding because he was that influential in our lives as we began walking it together. 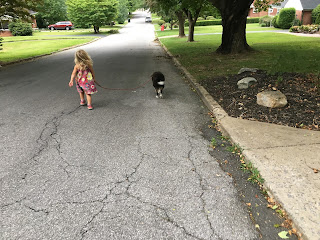 Craig and Karen graciously shared their time and space with us as if we hadn’t skipped a beat. We slowed down and talked and ate and drank and soaked in Karen’s gardens. I believe that in these moments we get a slight glimpse of heaven. We will have access, without time and space separating us, from all the people we’ve loved and we will dine and sing and laugh and talk and be together whenever we wish. But for now, that sweet time will hold us until the next time we are together.

From there we drove the Charlotte to do a shake down, pack it up or out, wash it all, get the van clean and ready time at my parents house. My brother and his wife joined us for dinner. My heart soaks in my brother when I’m with him. Probably because he thinks I’m funny, but I think he is hilarious.

We returned to Lot 9 to everyone together. My favorite moments in this earth are that. My family together. It was too brief, but sweet. Hannah was ready to nap and we were ready to hit the road, so at three in the afternoon we let out our family’s goodbye shout and began, what would become 20 states in 20 days and nearly 8,000 miles. 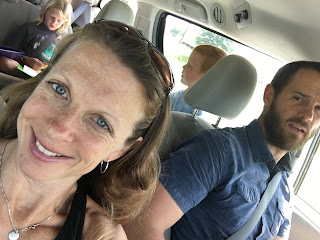