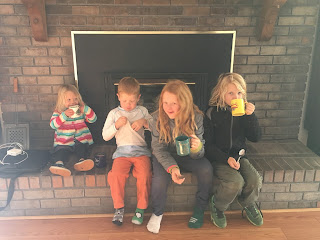 Spring Break suddenly was upon us along with an extremely chilly cold front. George offered to take the kiddos on a short camping trip for the first two days before we all took off for the North Carolina mountains.

As he was heading out the door, I mumbled something (I'm sure out of guilt that as a home school mom I'm never doing enough) about using some of his great geography, topography knowledge to make their trip ever so slightly educational. By the end of spring break, the kids had visited a total of 4 hydroelectric damns, seven rivers, and followed one river all the way to it's source. 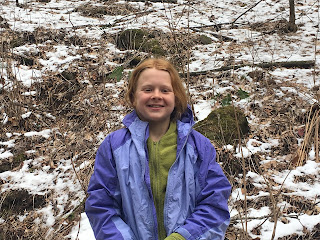 They also studied the Torreya trees, learned the history from a local plantation, and drank gallons of hot chocolate. By the time we reached North Caroline, the temperature was dropping into the teens at night. We stayed cozy and found adventures bundled in the closest thing to bundled our Floridian wardrobes would afford. The kids wanted to find snow. We found snow and hiked in the snow and ate the snow and made snow balls. We found long icicles and frozen waterfalls along the creek. It was NOT spring, but it was awesome. 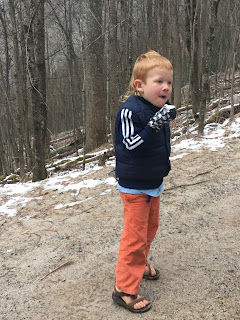 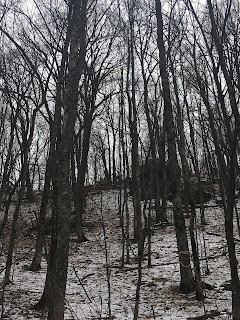 The sun broke through after a snowy hike into the clouds and we found a warm playground and played until we thawed. 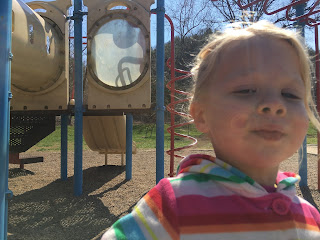 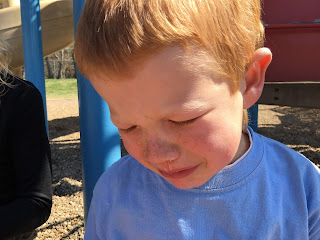 William is brave almost always, but the playground seemed to beat him down a few times. After hiking in the snow all morning and playing hard, he didn't have a lot left except a pile of tears! He bounced back and we headed towards the Nantahala. 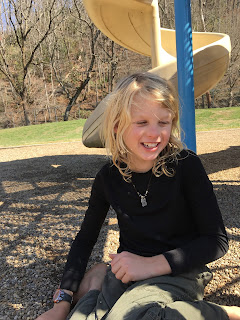 We met up with our dear friends Ralph and Lisa on the Nantahala river. We didn't stop finding adventures up and down and around the river valley.

Amelia kept track of different pine tree varieties and we learned a little about trout too. We ate and sat by the fire and jumped in the freezing river and hiked and drove Ralph's ranger. It was a most magnificent spring break and the kids got the geography lesson of a life time!