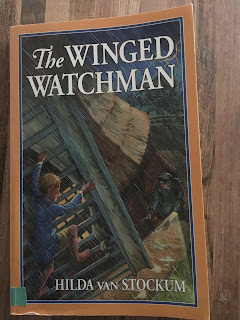 We read together every day. It’s the pause with my older two that we all wait for. All day. Hannah goes down for a nap and we sit and read. We rotate science and history. We are reading a book called “The Story Book of Science by Jean-Henri Fabre. A French Uncle telling stories to his nieces and nephews. The stories open up the natural world, the electric world, and most recently, the world of the power of steam. We were looking up images of steam engines, sketching and labeling and learning as we went.

We moved to different forms of energy. We used the internet to look up different forms. Elastic, gravitational, chemical. There is so much to know. We were intently studying each type. Nuclear was next. As we looked at nuclear power plants, nuclear fission, and nuclear reactions, George Wilder noticed that among the images there were big orange warning signs with skulls and cross bones. Lots of bright warning signs. We suddenly were discussing Chernobyl. How heavy. How hard. How they just don’t understand and do and hurt and are angry and so so curious.

This led to images of animals that have experienced the effects of radiation. Three eyes, two heads, too many legs…George Wilder asked if it happened to humans. Our day ended with the short documentary on the recent  _____ separation of the two boys. Steam power to nuclear disasters to separating attached humans.

But what we love best is our history readings. Most are historical fiction. Witch of Blackbird Pond, stories of Lewis and Clark, Britches, Caddie Woodlawn, Johnny Remain, Across Five Aprils and the list goes on.

We reached the world wars in our history lessons and so began the reading of The Winged Watchman.

The Winged Watchman is a historical fiction that tells the story of a Dutch family, the Verhagens, who survive the German Occupation of Holland . The family and their windmill become the linch pin of protection for members of the resistance, children forced out of the city by hunger, intellectuals in hiding, a downed English pilot, and anyone in need of food or shelter. The two young boys Verhagen boys grow up without knowing the difference between wearing worn out clothes and having nice ones. They don’t remember that their life has been turned upside down until eventually the German’s push to destroy the Dutch leaves even the children feeling the evil power of tyrrany and war. 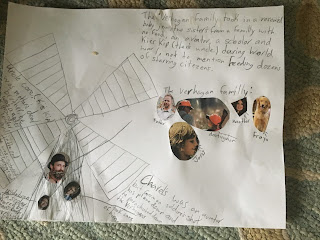 We were spell bound by their heroism and prowess, their enthusiasm to help even when it put them in danger, and their forever ability to stay resourceful and content even without light, heat, soap, food and freedom.

At the end of the story, the Jewish mother comes to collect her baby that has lived with the Verhagen family for nearly three years. The Verhagens rescued Trixie as her family was dragged away to concentration camps. They raised her as their own to save her life. When Holland is freed and all is returning to normal, the harsh power of German’s evil remains; yet, they keep fighting against it. There is the terrible moment when toddler Trixie doesn’t know her own mother.

The heroic Ms Verhagen asked the Jewish mom how she isn’t steaming angry at the Germans. The mother responds, “Oh no,” she said. “I’m sorry for them. To suffer yourself, that is nothing. God will wipe away all tears from our eyes. But to hear God ask, ‘Where is your brother?’ — themes be dreadful. The hardest to bear are the wrongs we do to others.”

So we’ve taken from this last reading a life lesson that I hope we will carry with us always.

If you have a chance to read it, it is delightful and beautiful and sorrowful and hard and powerful. 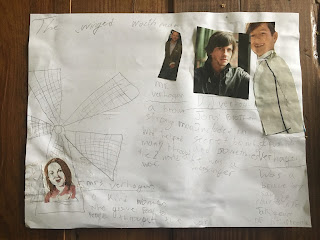