Learning To Yell At The Right Time


Raising children is a constant experiment. It isn’t a guaranteed formula with a guaranteed outcome. We are constantly hypothesizing, testing, guessing, practicing, rearranging, refiguring, counting, collecting, experimenting. What works once, doesn’t always work again. One outcome sometimes repeats itself over and over, then, suddenly, it doesn’t ever reoccur. 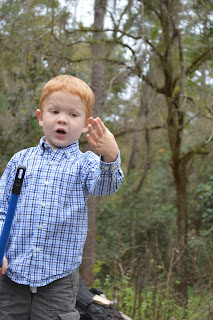 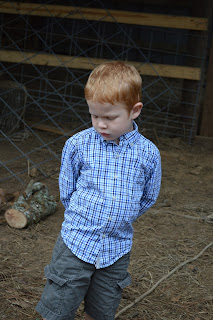 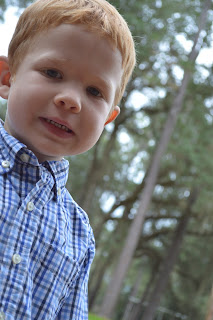 Recently, William has started to detest his nap time. This would not be a huge problem, but without a nap, he is a mess by 6 p.m.. Without a nap, he doesn’t make a lot of sense. He knows he needs it, but he has a hard time giving in to the rest; especially when big brother and sister are busy playing.

We were running around kicking the soccer ball in the front yard when I announced that it was naptime. He announced/screamed extremely loudly, “I’M NOT GOING TO TAKE MY NAP!” He was mad. He was loud.

He got that. We’ve talked about it since then and talked about different ways to use our voices. Kids love to learn about the control they have over their voices and how it can be used. It’s so fun to explore with them and not pigeon hole or dig a hole with "no’s" and "Be quiet!" approaches.

We also are working with William on retiring from thumb sucking. We explained that he was four now and it was time to stop. He only sucks it at night or when we are on a long car ride. George gave him some ideas about how to stop the habit, like put his hand under his pillow or hold on to a favorite stuffed animal.

We chatted about this a little. He felt that his body changed when he sucked his thumb and that was why he needed to suck it and that his body was now learning how to not need that thumb suck.

I love these conversations. Children love to talk. They love to explain. Even when we are trying to correct a behavior, we can talk through it and about it and with it.