June 19, 2015
Proof. Proof that George is a master at meeting people and connecting with them and through them and creating community, eliminating waste and practicing resourcefulness. Proof - a local brewery, produces really nice beer. Beer is made from grain. The grain that has been used is called spent grain. 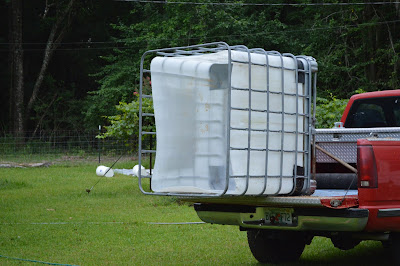 It's trash to a brewery. It's food for pigs! Pigs dig it. So, once a week, George collects a friend's truck and a large container. He heads to the brewery and they load him up with spent grain. He brings it home, unloads it and the pigs are in hog heaven. The chickens dig it too. We buy a lot less feed and the brewery has a lot less waste to deal with. Proof that if you figure out what you need and what other people need and how you can help each other, then you can make moves to help out our world. And the pigs. 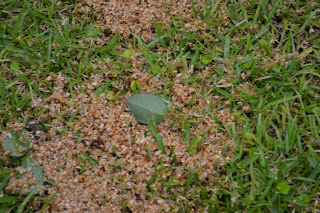 Yes, we have pigs plural. Three. Bronte, Cyprus, and Superior. Names picked by the children. Bronte is glad to have friends and we are hoping she and Cyprus might have some piglets in the fall. This time of year, they are very hot and do a lot of mud bathing, sleeping, and apparently a little stretching to create more room for grain. 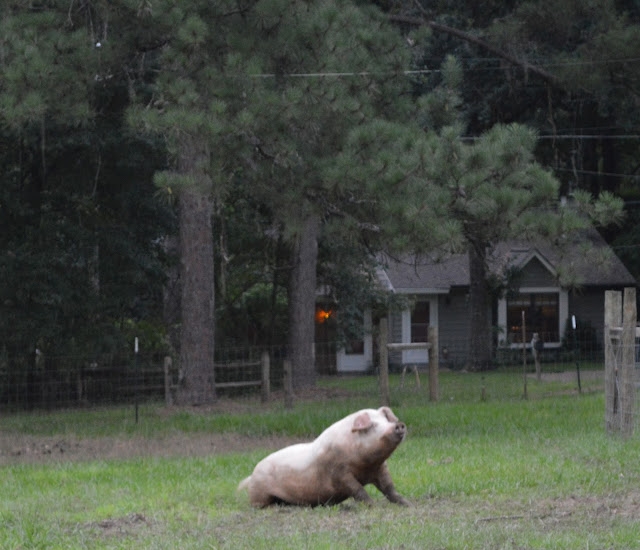 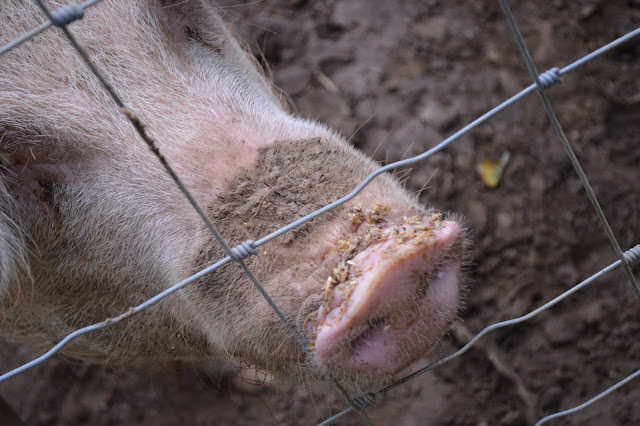 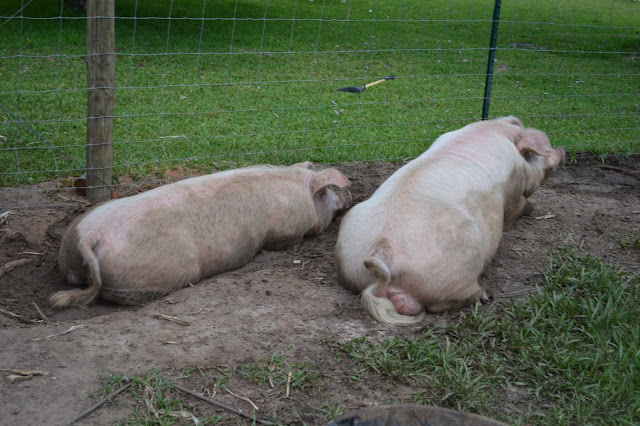