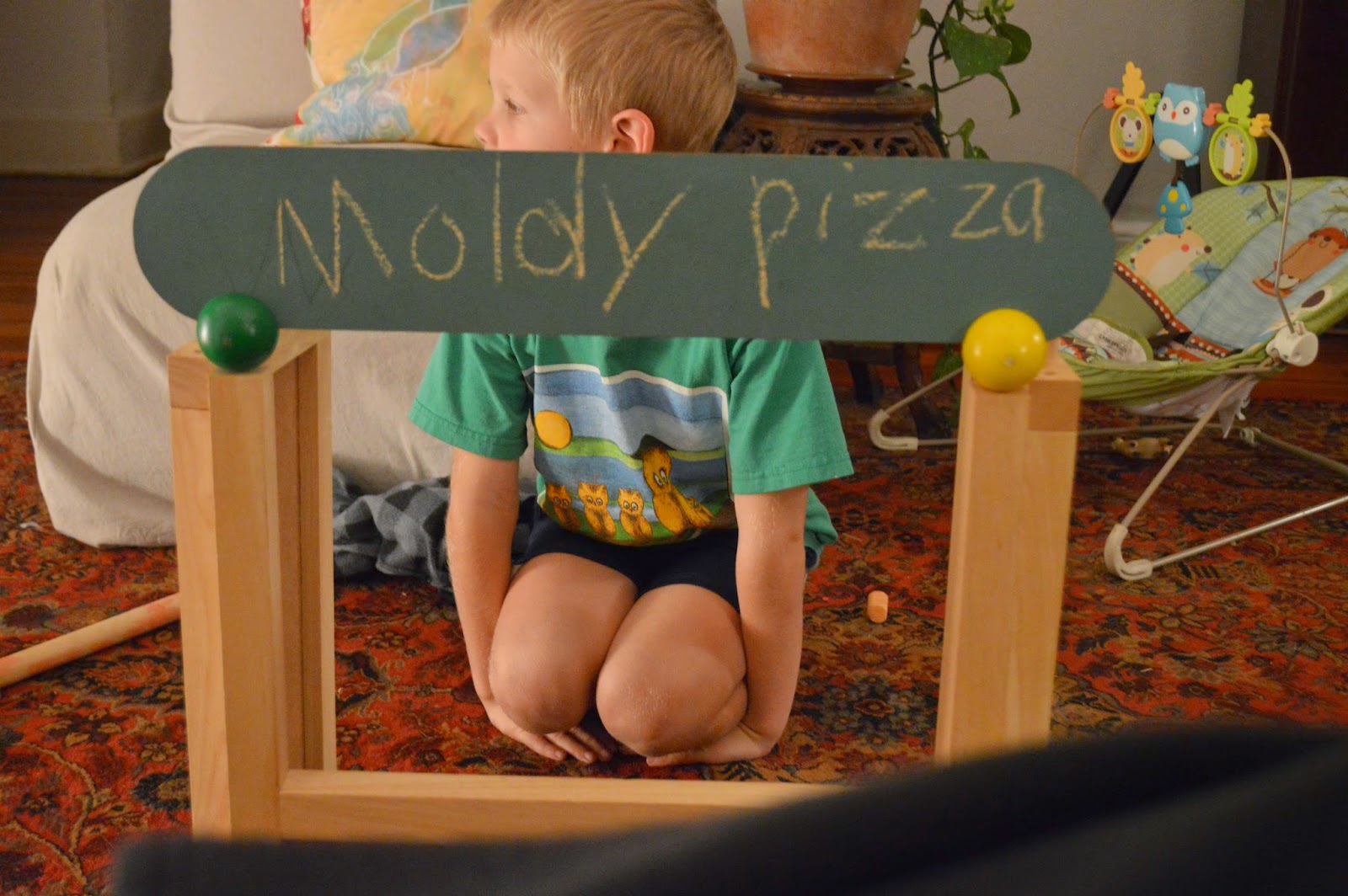 George was out of town and the night was young. The children had energy gushing out of their eyes and ears and mouth and legs and arms. Slow waddling mama didn’t have a gear, but if I didn’t find one, silliness was about to take us all down.

We have a little tiny stage that we’ve had out here and there. They don’t use it much, but suddenly they’ll have an idea. I thought to get it out and didn’t know what would become of it, but it was the only bait I could manage to muster.

They took it hook line and sinker. We had the most glorious time singing Christmas Carols as it became Amelia’s “Sing Along” stage. We listened to George Wilder recite a silly poem he wrote about moldy pizza –complete with props. And we gave William the stage to show off his paper airplane and accompanying story.

Mama propped belly onto couch and baby rolled and kicked and enjoyed the music and words and sweet laughter. And then it was bedtime and we fell in filled up from the stage. 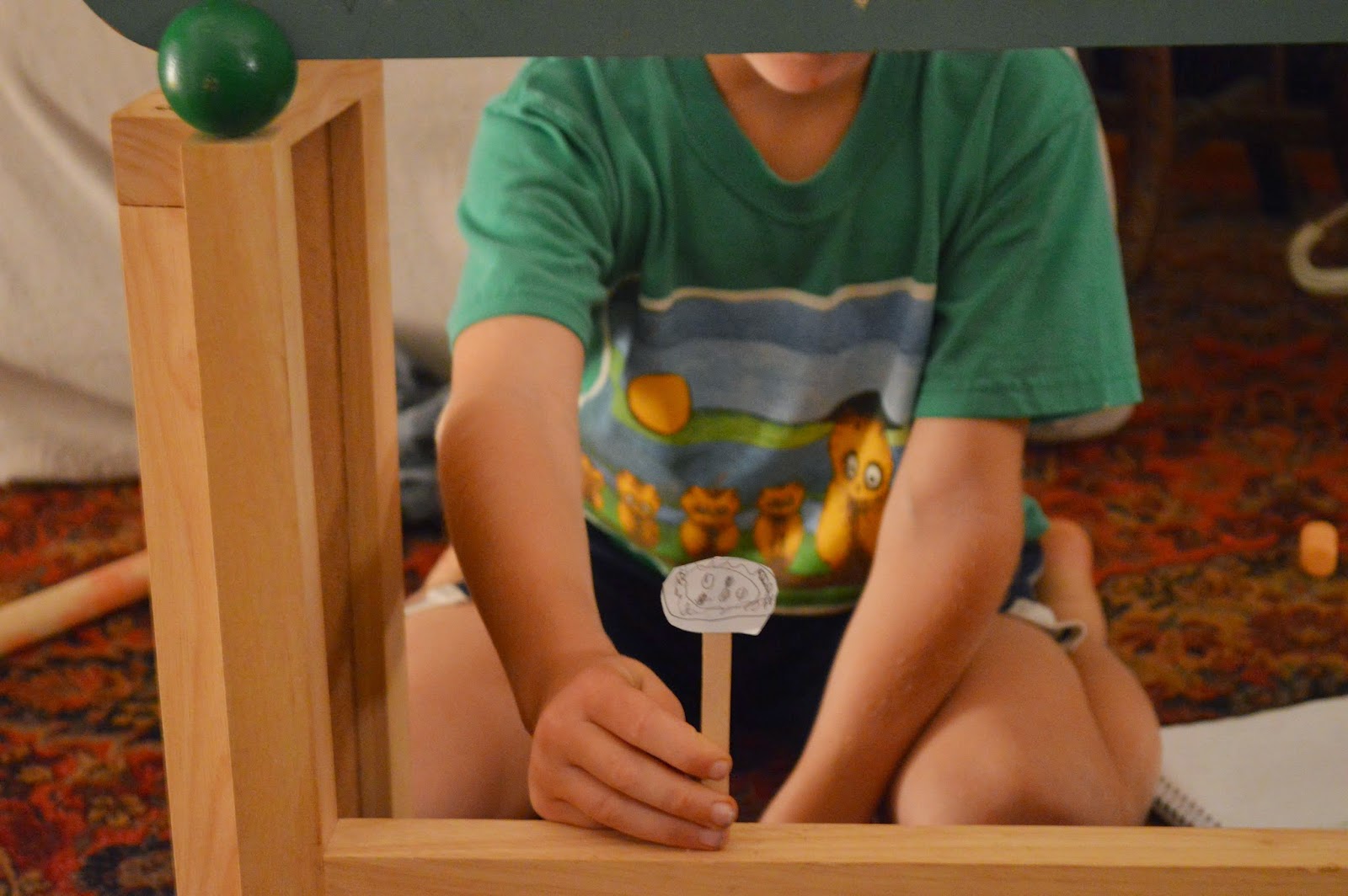 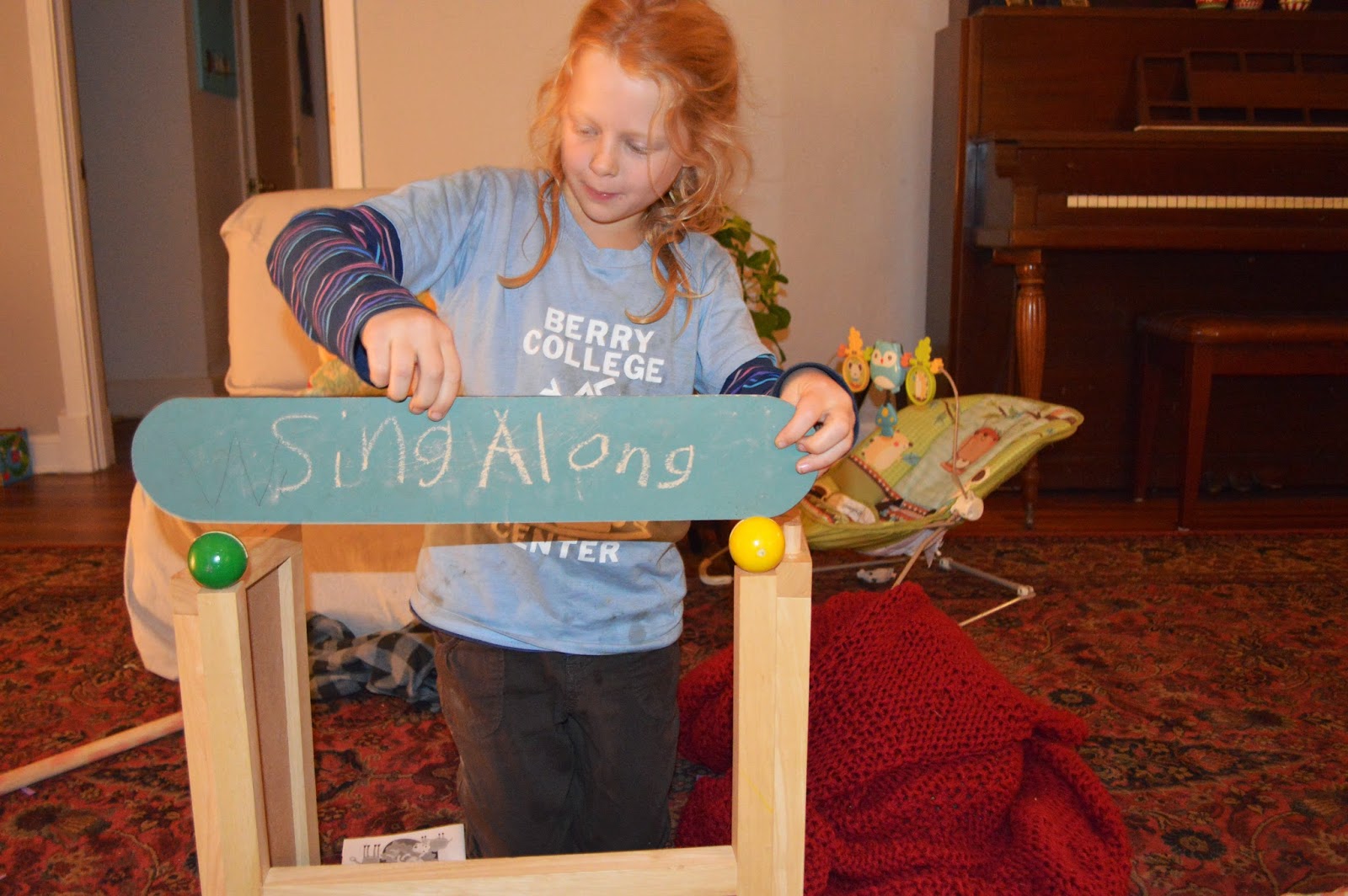 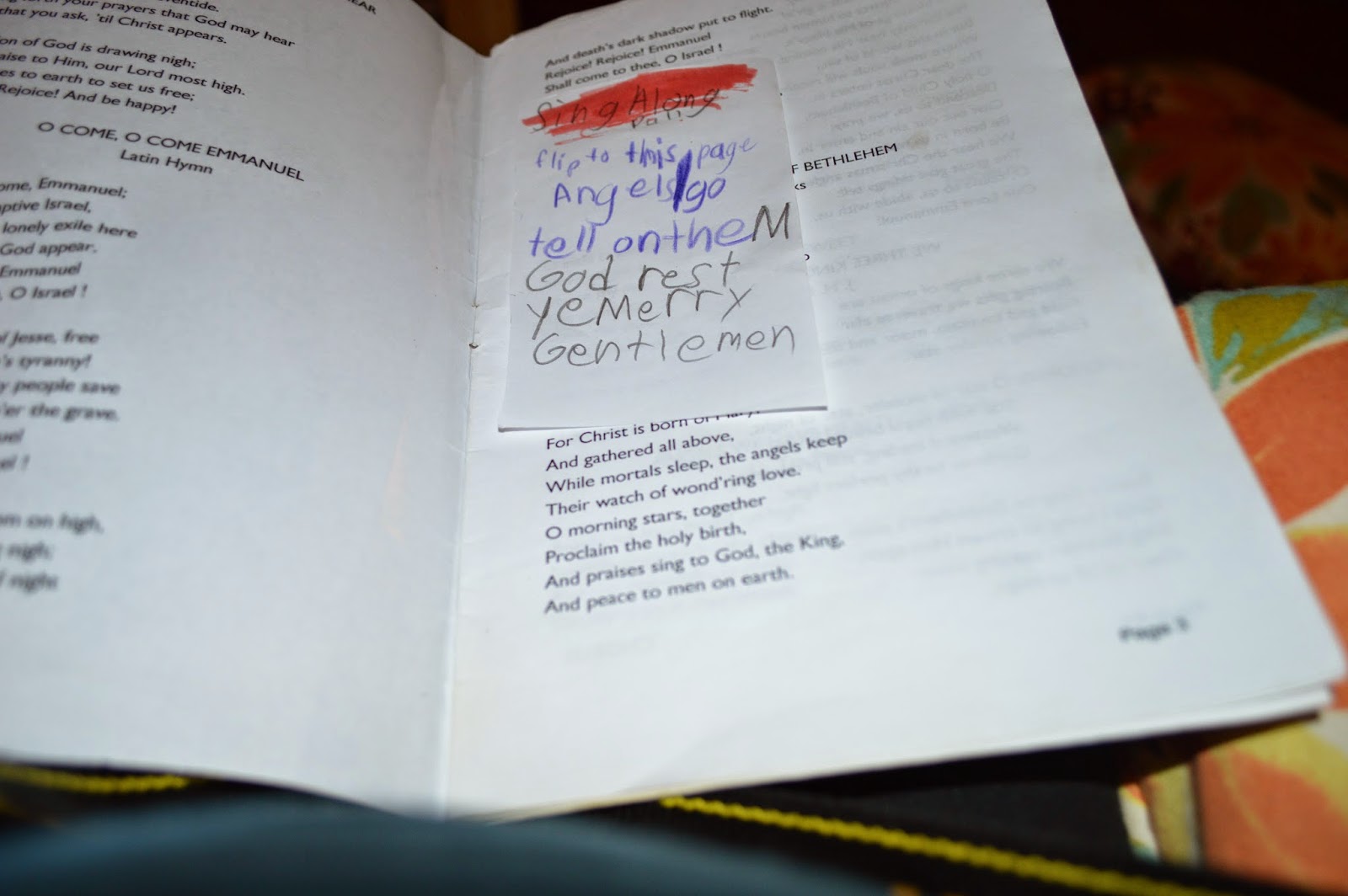 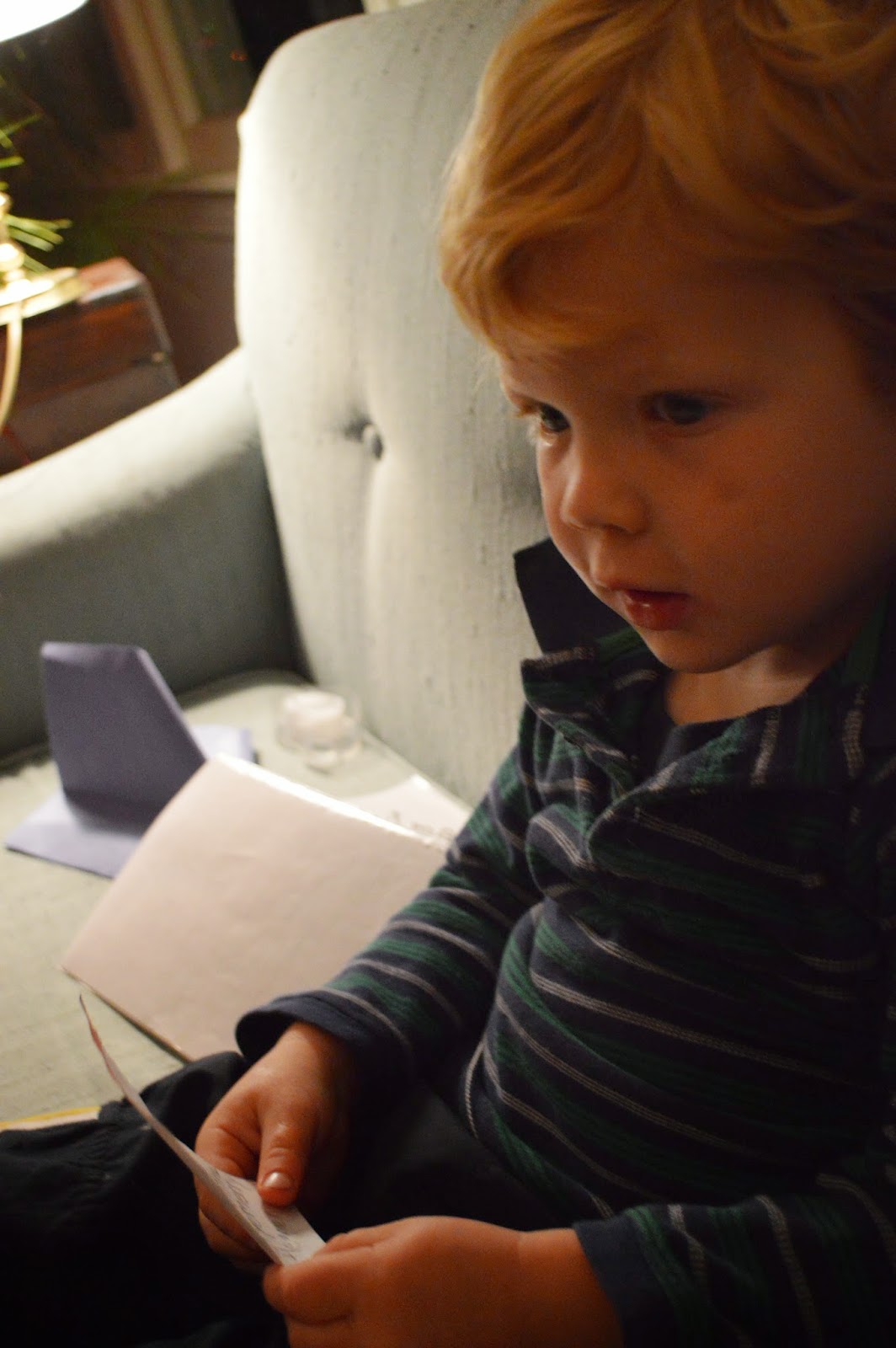 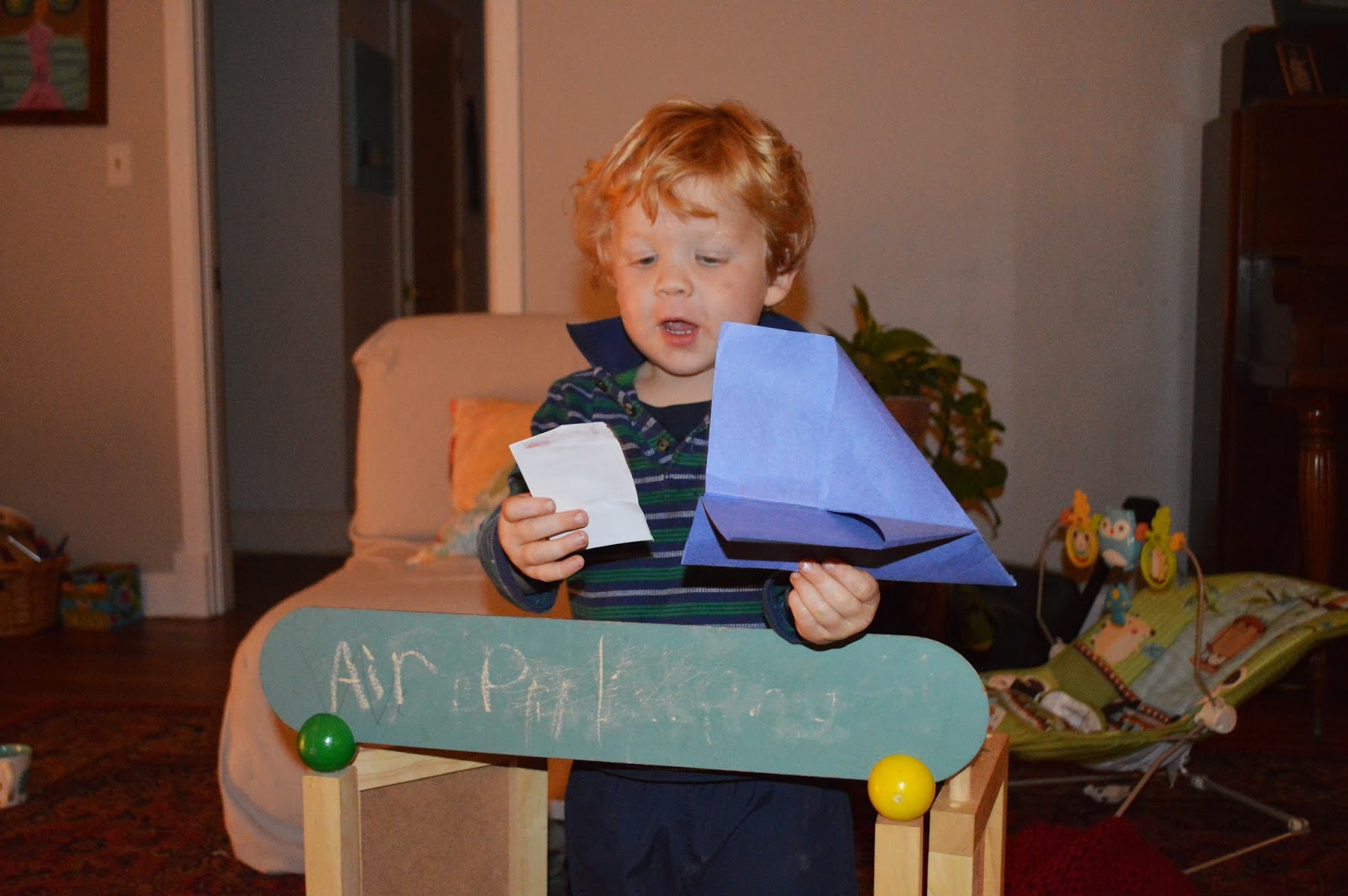