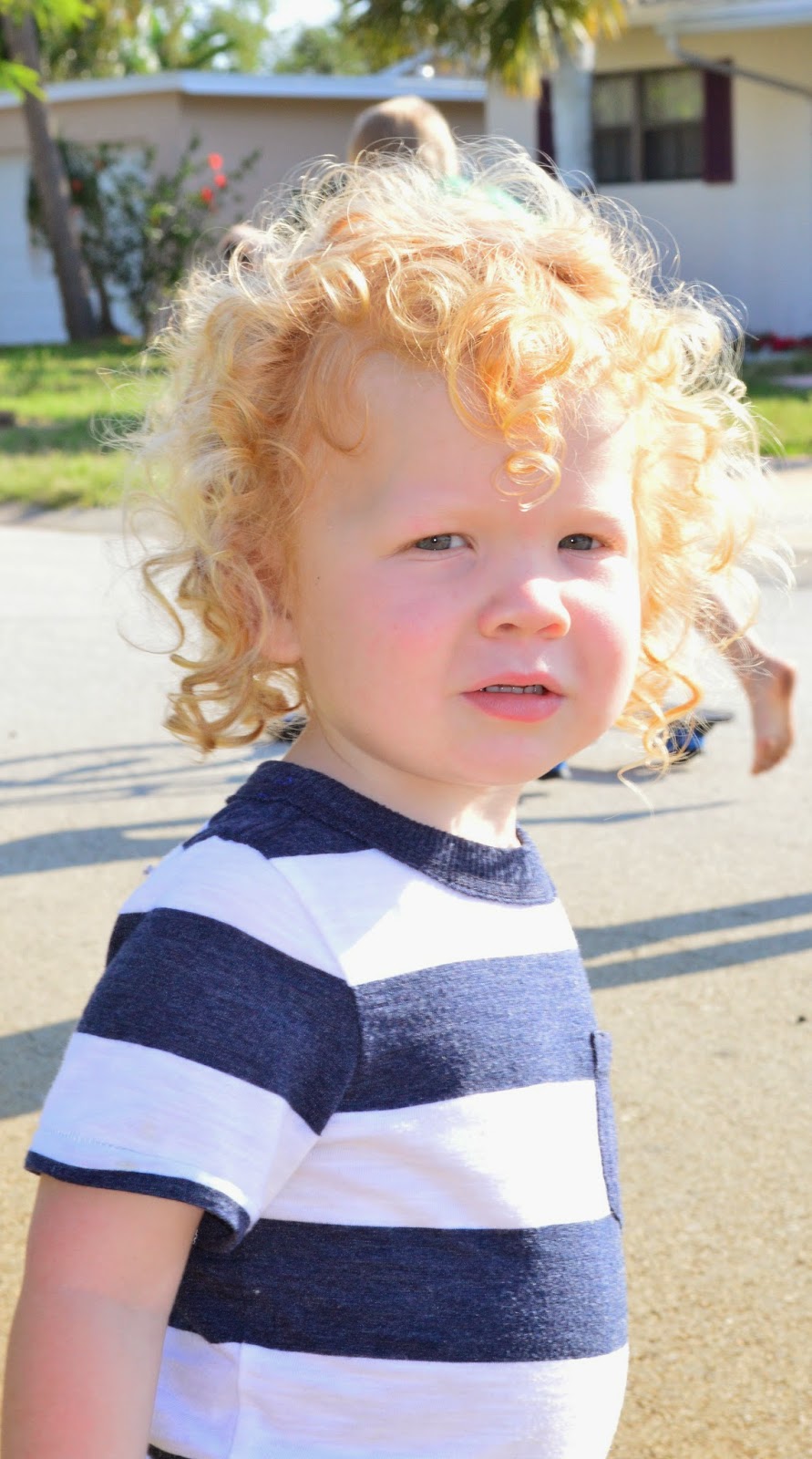 Our William has starting doing a good bit of talking. Talking is actually an understatement. He is imagining, reasoning, laughing, telling jokes, imagining some more, acting out, discussing opportunities, politics, and economic reform.

In the morning, he is out the door with his boots on. "I feeding chitchins." He tags along and hopes that Amelia will give him a job. He lingers with George, "I worting with Daddy!" "We worting!" "We building."

If we are at the store. He wants to run the entire transaction at the counter and discuss his hair and age with the clerk. "How many dollars?" "I'm two."

He has discovered that obeying brings a lot less pain in his life. He will think about disobeying, change his mind and shout, "Horray, I obey!" Thanks Missy for writing that book. It has changed William's outlook on obedience. And when he forgets about the joy of doing right, he gets very frustrated and is confined to the bathroom or front porch while he regains composure. He'll stop after a few minutes. "I done." And he rejoins us as if that was that. "I have happy heart," he tells us. Recently he looked at me very distraught before "being done" and said, "Things make me sad." He so badly doesn't want things to make us sad, but we talked about how we have to find happiness even when things are not going our way, thus the "Happy Heart." 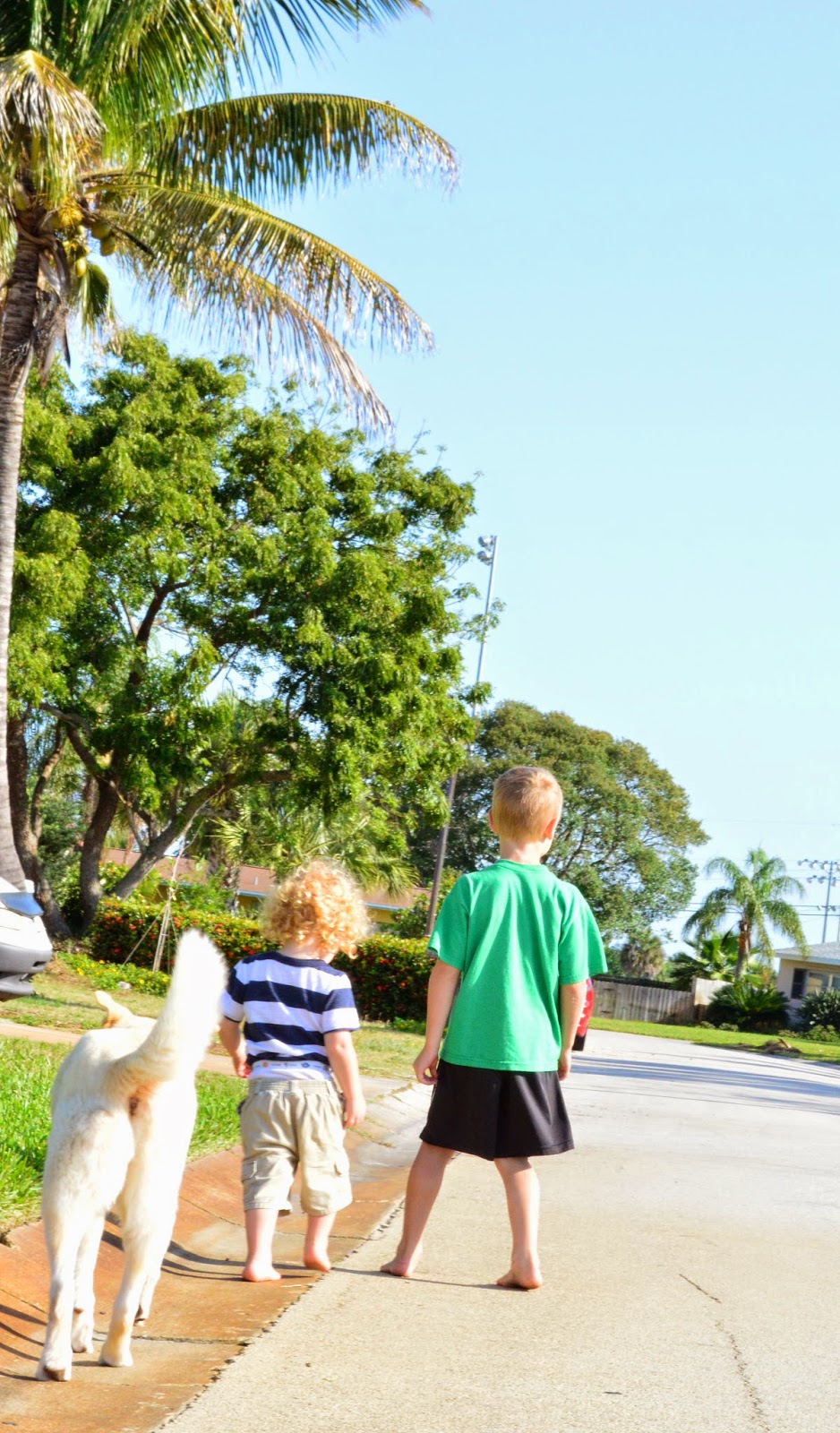 His imagination has no end. When we open a book. He is a character. He is part of the story. We are where the story is happening. We are on a farm, in a plane, at the library, in a store, on the playground, in a boat. He is there participating. Tonight, he was giving us mail from the mail box in the book and handing out firemen's boots for us to wear. He had gone to the library (bookshelf) to get his books, and returned, "I backt, I backt." Barnyard dance. We had to strut with the turkey, skitter with the mice, and swing with your partner once or twice.

He is Elsa or Ana or Olaf for a good part of the day. "You Ana mama," he says. "Ana come out play?" I'll come play. He will make snow, which he has never seen and despite the movie, didn't realize it was cold. I had to explain. I'll hear him in the other room, "Get up. Elsa, get up."

George is out of town. He is missing him. Today things were becoming Daddy. He brought me a stuffed animal in his arms. "This daddy." He walked around with Daddy for a bit.Then he asked if I could be Daddy.

He is, as always, hoping he might be able to sleep with us or near someone or something. "Tum Tuddle with me mama," he yells begging for a cuddle. "TUM TUDDLE WIT ME MAMA!"

William loves to sing. LOUD. Especially in the car. He will sing "Jesus In the River" or "Hallulah Hallulah." One day he was singing sweetly and I turned around and smiled at him. "Mama don't watch me. Mama turn round. No smile." He was so serious about this.

He wants to do math with the children. He will scribble and scribble and say, "Me missing?" I'll tell him he needs to add a number or an equation and he scribbles some more. "Me right?" This week George Wilder was trying to figure out a problem that stated someone had sandwiches for an entire week plus two more. George Wilder wasn't understanding he needed to replace "an entire week with the number seven. I asked him, "Well George Wilder, we need to think about how many days are in a week here. William piped up from the piano bench (where he was singing) "SEVEN!"

Tonight, we needed to have BLTS. We didn't have bacon. If there could be quick trips to the grocery with children that would be an easy fix, but that doesn't happen, but we were gonna have BLTS. After collecting bacon and making it perfectly clear that was all we were getting, William threw a bag of peanut M&Ms on the conveyer belt. I gently placed them off to the side and winked at the cashier. William didn't forget about them. "Mama, where my Lemon Ms?" I explained we didn't get them this time. "I need Lemon Ms!" "We get Lemon Ms." The entire way home, William sang a very sad whiney song about his "Lemon Ms." I almost felt guilty for laughing out loud, but he was saying "Lemon Ms."

There are more William stories we want to remember. I'll remember them as soon as this is posted. Another day would have passed and then years and we'd wish we'd had it written down somewhere, so here is a start. There will be more. 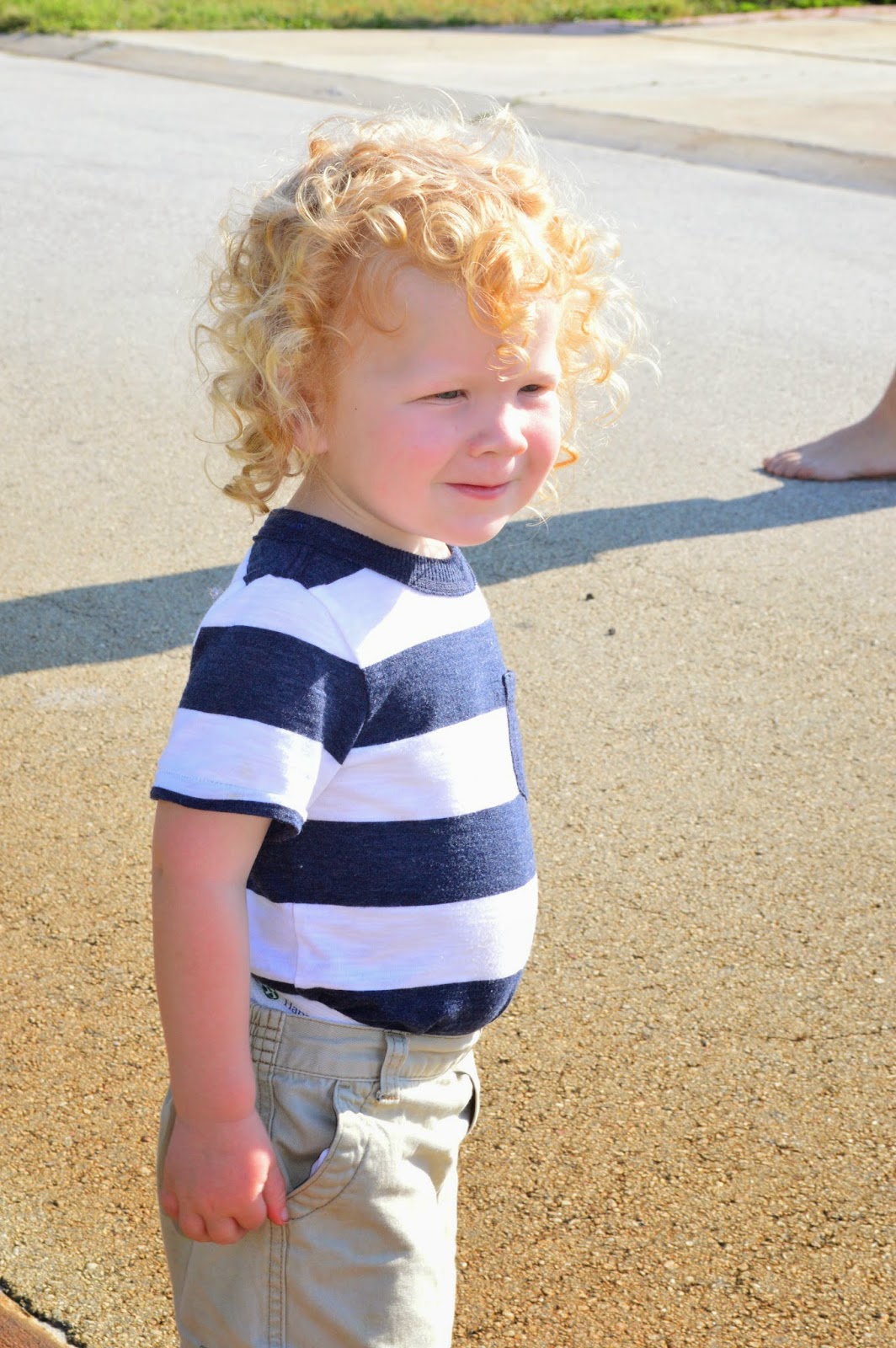