I’m reading with Amelia “Eddie’s Green Thumb” curled in tight balls on the couch while the boys pull out all things with wheels and build and push and pull and argue until William finds an 18 wheeler and piles into the curled cuddle and turns arms and legs into roads. Little wheels tickle my arms and I remember thinking, before I had to boys, that this is what having boys meant. Becoming a road. A train. A horse. A cowboy. I’ve already hollered “neigh” and “neigh” again at intervals throughout the day. The tickly wheels are a respite.

Amelia and I chuckle and smile and stay focused on Eddie and his friend’s as they put all their energy into a massive garden project. The story in an old book in a discarded book pile along the way somewhere. It was going to be hard to follow Dr. Dolittle, but we have and Amelia can read this one on her own. She has mostly. When I have to stop, then she picks it up and keeps on going. Less than a chapter left to go. 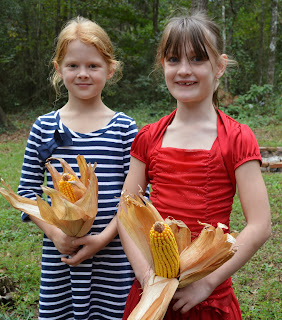 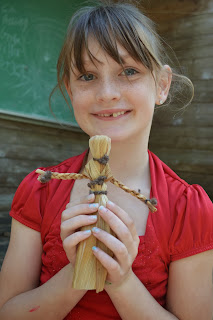 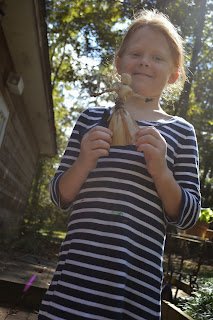 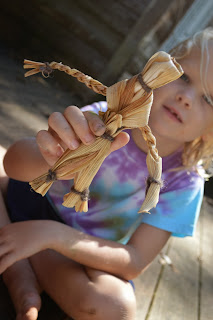 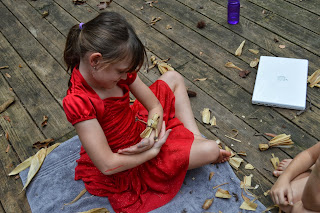 Dr. Dolittle took us on such an adventure. We traveled by boat and met with villains and talked with animals. We’ve made the boat from cardboard boxes and they made up languages for their animals and put on an animal show. 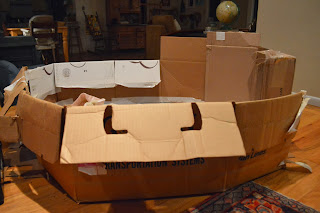 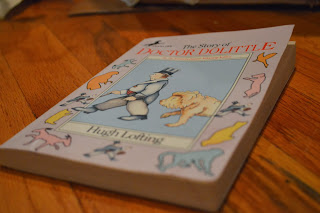 Suspending reality and walking through it defy gravity and prove it simultaneously. We float above the piles and messes and meals into different worlds and then milk spills or water or someone held something for to long that belonged to another. And we crash and dash for towels or time out chairs. I have three “spill” towels. We went through two today and a lot of days it is all three that save us from liquid disasters.  And the time out chairs and extra chores and working it out conversations pull us down and then we float back up as tiny metal tractor pulls along broken trains to the workshop on the “car carpet”.

Dried corn with the husks attached – the perfect gift from grandmother – turned into cornhusk doll families with a quick youtube lesson. And Amelia is on the move. She can’t stop until there isn’t a cornhusk crumb left. She waited patiently for the minute and a friend and a quiet Sunday afternoon floated by and settled on the porch to play.

Now floating off the bed and falling hard there.