Costumes. George Wilder loves costumes. He would rather be in a costume than in regular clothes. His imagination is so vivid. We just peeled off Winnie the Pooh, which he wore for 48 straight hours. He was determined to be a jet for Halloween, but he also wanted to wear a few other pieces with the jet costume. He was basically a red knight jet. He loved it. He flew everywhere.

Amelia, our bird lover, wanted to dress up as a turkey vulture – and so the turkey vulture costume was born. She studied pictures of turkey vultures on the internet. She drew pictures of them. She gave specific directions into the making of her costume. My mind couldn’t quite grasp what this turkey vulture would look like, but I made some wings, we had bunches of black feathers and black clothes and painted her face. It looks nothing like a bird face. Within minutes, she fell and had tears running down her cheeks. A few more minutes passed and her dangling tooth fell out. Bloody mouthed and smeared with paint, we made our way to the neighbors to show off the costumes. We didn’t mean to look obscure or weird, but we sure did. I waddled behind them wrapped in something to keep warm. Our sweet friend Sam joined us and kept up the momentum. 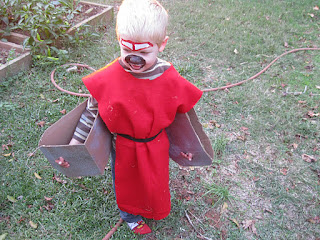 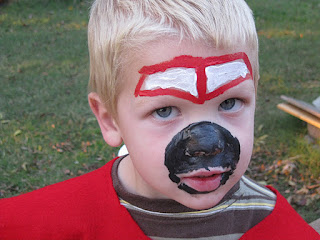 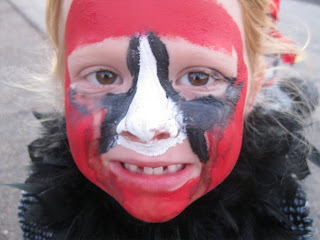 Momentum. Where has it gone? Momentum is replaced by waiting. Waiting – a heavy task, especially with less than a two weeks until baby Boggs arrives. Hopefully. It isn’t easy for me. There are days drenched in tears. There are days filled with fast energy. There are days where I’m sure there isn’t another bit of space left for baby, but baby keeps making it work. 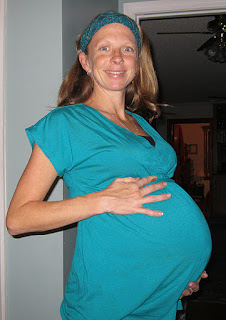 So, we make bread, we make Halloween costumes, we carve pumpkins and roast pumpkin seeds. And we always make an early pumpkin pie on Halloween. A divine treat! We took an adventure walk and made a wreath with all of our findings. We read about the ancient Egyptians so we made pyramids.

Amelia thought the scraps looked like sail boats, so she made boats with the scraps from the pyramids.

I try to think a little about the holidays. I try to prepare and think ahead. Amelia and I made new stockings and Amelia made some fun turkeys for Thanksgiving. I don’t plan ahead much and suddenly, daily, I feel the need to plan ahead, but then the next day comes and we wait another day and I plan ahead again and again and again. We are just waiting to look at something besides the side angle view! 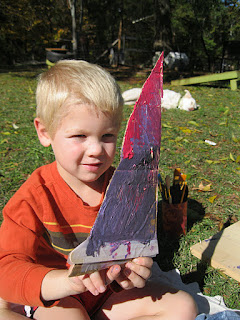 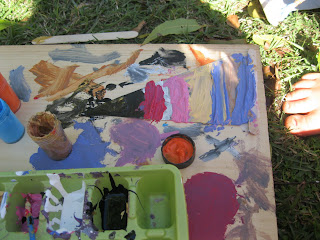 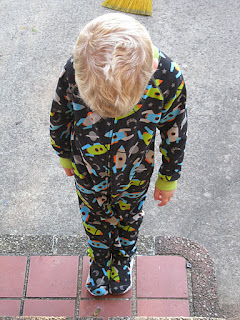 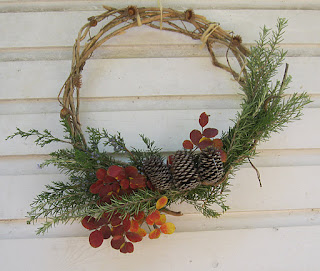 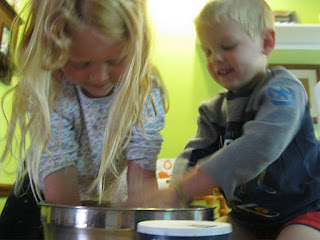